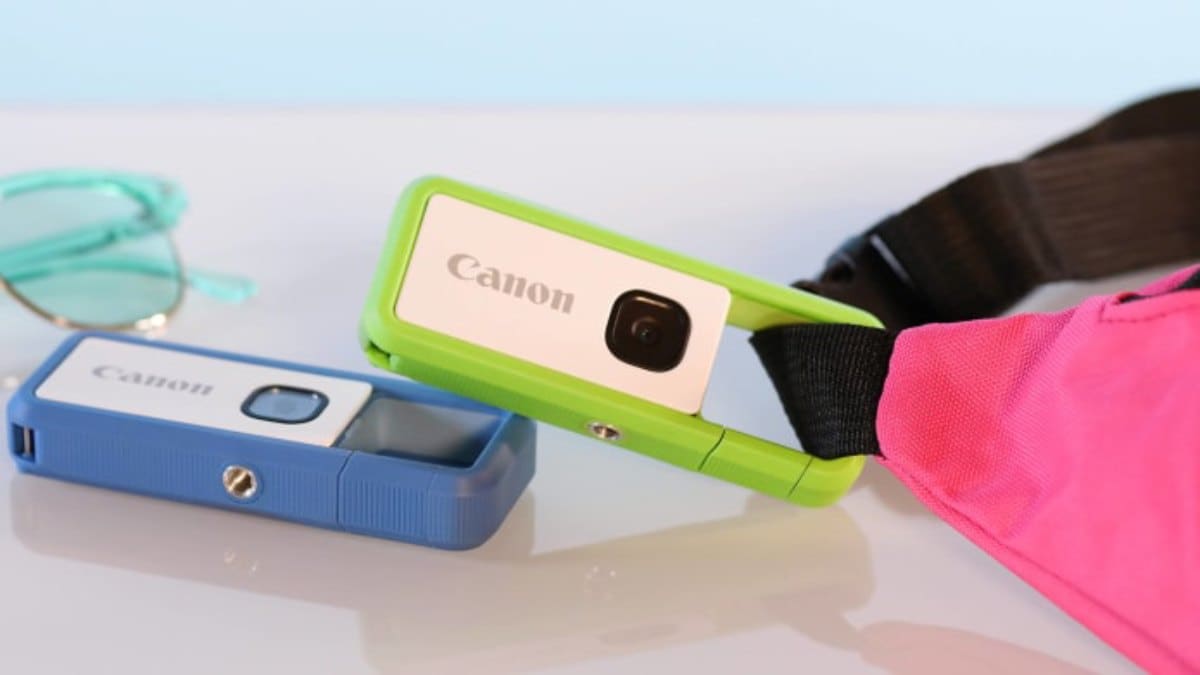 In July, we heard about Canon’s experimental pocket camera that went up on the crowdfunding site Indigogo, and now, it’s finally ready to launch within the next week. Production began in August, and some large retail stores in the United States already have it for pre-order. The camera will sell for 130 (approximately Rs. 9,200). Depending on Canon’s success in markets such as the United States, it may consider bringing cameras to other markets.

The Ivy Rack is a portable SSD-sized clipable, outdoor camera. According to the Indiegogo list, it features full-HD video recording up to 60fps with a 13-megapixel, 1/3-inch CMOS. The camera comes with built-in Wi-Fi and Bluetooth, and optional Canon Mini Cam app. The camera doesn’t have a display, but it does have a slight cutout for clips, which Canon says could be used as a temporary viewfinder.

It is waterproof up to 1 meter of water, shockproof and dust proof up to 2 meters It weighs just 86g and can shoot 4: 3 or 1: 1 aspect photo and 16: 9 aspect video. Ivy Rec has no built-in storage, so you need to pop-in a microSD card. It has several buttons and LEDs. There’s a shutter button on the top, a tripod mount on the bottom, and a mode dial on the back. The camera is available in three colors – Dragonfruit, Riptide and Avocado.