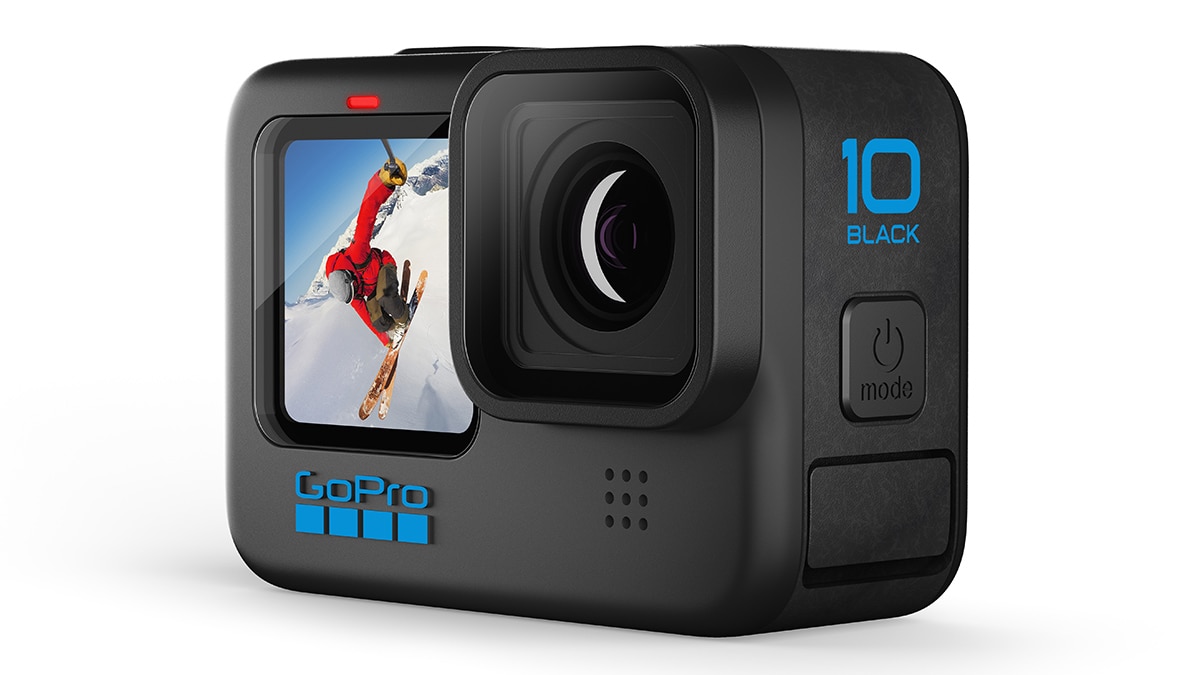 The GoPro Hero 10 Black has just been announced, which introduces a more powerful GP2 processor for improved overall performance. The new action camera comes as the successor to the Hero 9 Black which was launched last year. The GoPro Hero 10 Black promises improved video recording and UI performance, HyperSmooth 4.0 stability, and a higher refresh rate for the front display. The new processor is claimed by the company to improve the performance of the system, which will make navigation and usage much faster.

The GoPro Hero 10 Black will be available for purchase through Amazon, Flipkart, Croma and select retail stores.

The big change in the GoPro Hero 10 Black is the new GP2 processor. Thanks to this, the camera can now shoot video up to 5.3K 60fps, 4K 120fps, and 2.7K 240fps. The framerates supported in all these resolutions have effectively doubled compared to the Hero 9 Black. It can also capture 23-megapixel photos and promises better performance in low-light. The new processor also comes with features like noise reduction and local tone mapping in video.

The GoPro Hero 10 Black gets enhanced stability called HyperSmooth 4.0 and the range of Horizon Leveling features has been bumped from 27 degrees to 45 degrees of the previous model. You’ll also be able to take 19.6-megapixel stills from video clips shot at 5.3K resolution. GoPro claims that transferring media from camera to your phone via Hero 10 Black is now up to 30 percent faster. You can now transfer media from your phone to the camera via a wired connection, if you have the appropriate cable.

The new Hero 10 Black has the same dimensions as the GoPro Hero 9 Black and features folding mounting feet, voice control and waterproofing up to 10 meters. The lens cover is also removable, just like the previous model, and compatible with all modes introduced for Hero 9 Black. It can automatically upload your content to the cloud (if you have a GoPro subscription) and features like TimeWarp 3.0, HindSight, Scheduled Capture and Live Burst.