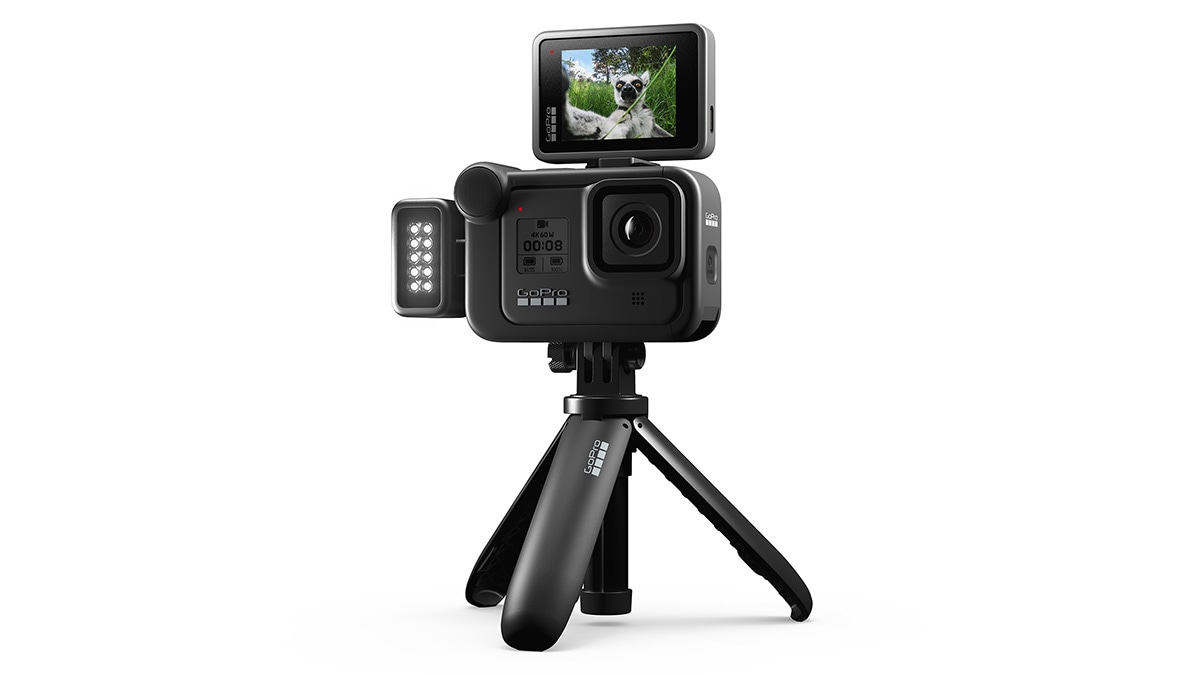 Popular action camera maker GoPro has launched its brand new action camera set for 2019. The main one is the Hero 8 Black, the successor to the Hero 7 Black, which has a new frameless design with built-in mounting fingers; Ability to add modes; And improved HyperSmooth 2.0 stability for more fluid footage. The Hero 8 Black will be available for Rs. 36,500. This time around, GoPro is not launching the Hero 8 Silver or Hero 8 White version of the camera like last year. Hero 8 modes will be available for pre-order in December. That includes 49.99 (about Rs 3,540); The display mode is $ 79.99 (about Rs 5,680), and a media mode is $ 79.99 (around Rs 5,680).

The second camera is the long-awaited upgrade to the GoPro Fusion, now just called the GoPro Max. Like the Hero 8 Black, it has a foldable mounting finder, dual lenses for 360 video and photo capture, and 360-degree audio capture for the presence of six microphones. But instead of being a one-trick pony like the Fusion, the GoPro Max allows you to use a single lens at once, so it can be used as a conventional action camera or a 360-degree camera, depending on the activity. The GoPro Max you are doing will be on sale late October 24 at a price of Rs. 47,000

The Hero 8 Black has a slightly more compact body than the Hero 7 Black; For better audio there is a microphone on the front and a sine flap on the right which has a microSD card slot, battery and USB Type-C port. The camera can now also be used for professional blogging as Media Mode has a built-in shotgun microphone and two cold shoe mounts for a secondary display and LED fill-light. It has a Type-C port for HDMI and an external 3.5mm microphone. Display Mode is an external 1.9-inch display that can be folded front or rear. Light mode is waterproof up to 10m and helps brighten the scene or your face when blogging in low light.

The biggest highlight is the HyperSmooth 2.0 which promises smoother video than the Hero 7 Black. There is a boost mode that crops the frame a bit more for more aggressive stability. The interface has been redesigned for easy accessibility. You can now easily switch between different fields or ‘digital lenses’ as GoPro calls it; Create up to 10 presets for a variety of activities that you typically capture; Horizon Leveling for Cinematic Effects and TimeWarp 2.0 lets you change the speed of Hyperlapse video when you need it, just by touching the display.

The mounting fingers are now built-in, which means you no longer have to worry about the plastic cage attaching the Hero 8 Black to the GoPro accessories. Camera up to 10m waterproof; Can shoot 4K videos up to 60fps; Slow motion video up to 240fps at 1080p; Live broadcast; Recognizes voice control and voice commands.

The GoPro Max is definitely the most interesting of the two because it’s not only smaller than the old Fusion, it lets you use it as a regular GoPro or a 360-degree camera. Waterproof up to a maximum of 5m; Has built-in GPS; Can stream live up to 1080p; And can shoot up to 360-degree footage at 5.6K resolution at 30fps. The camera has a color display on one side, so you can frame your shots. Like the Hero 8 Black, the Max also shares many of the same new features, such as the new TimeWarp and HyperSmooth options.